Last weekend I snapped this picture with my phone and uploaded it to Facebook: “Awesome way to start the day.” 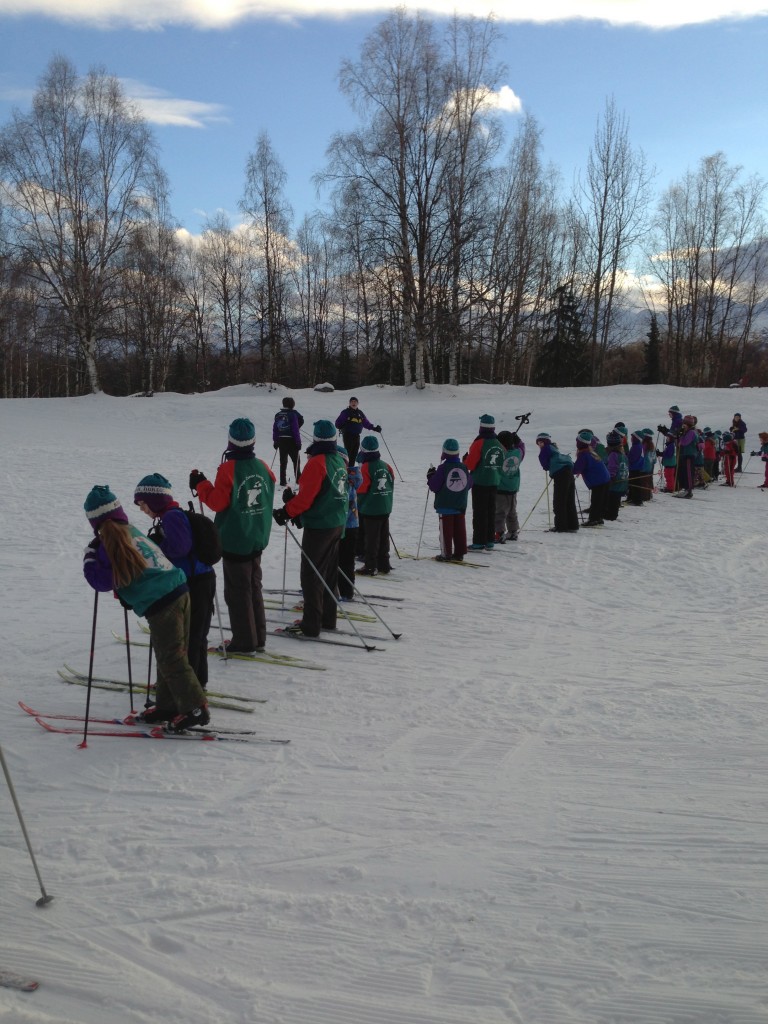 It was 10:30 on a blue-sky Saturday morning in Anchorage, Alaska. While the boys skied with their jr nordic peers, David and I headed out on the trails ourselves. Indeed, it was an awesome way to start the day.

In November 2011 when David first asked what I thought of his opportunity to move us to Anchorage for a 2-3 year work project I supported the idea with little hesitation. In spite of the huge disruption to our family’s routines and place in our community, I sensed that it would be a good move. The right move. But as the actual transition dragged from weeks into months and the details began to include unforeseen changes like selling our house and leaving our puppy, I began to lose my will to stay on the path. More than leaving our puppy, the move meant I was leaving my place in community. And I didn’t want to.

I often feel like I’ve been yanked around too much as I’ve tried to find purpose and place for my life. It’s been a frustrating, confusing road since that car accident claimed my teaching career. To be fair, I’ve had remarkable opportunities along the way. I’ve discovered creative talents I didn’t know I had, and I’ve learned many new skills to implement the designs and tell the stories. I’ve been twice to Africa and fallen in love with the land and its people. But this stretch of the journey has been long. And this stretch of the journey has been hard. And it has always smacked of Plan B.

This past October I read Cheryl Strayed’s memoir, Wild: From Lost to Found on the Pacific Crest Trail. She sorts her life story as she navigates the physical journey of hiking the Pacific Crest Trail. Reflecting on the journey with words that jumped out of her book and screamed truth to me, she says, “As difficult and maddening as the trail could be there was hardly a day that passed that didn’t offer up some form of what was called Trail Magic in the PCT vernacular. The unexpected and sweet happenings that stand out in stark relief to the challenges of the trail.”

I often look out my great big windows at the expanse of sky and water and mountains and I feel small and mixed up. In many ways it feels like I’ve been cut loose from some of my anchors. Granted, my friends and family stay connected via Skype and facebook and phone. Sometimes that holds me together when I need it most. But I’m struggling to find my way here in this place that is so similar yet so dissimilar from anything I’ve known before. I am grateful for abundant Trail Magic.

As David and I skied on down the trail last Saturday morning we stopped when we saw a moose off the path having breakfast in the trees. 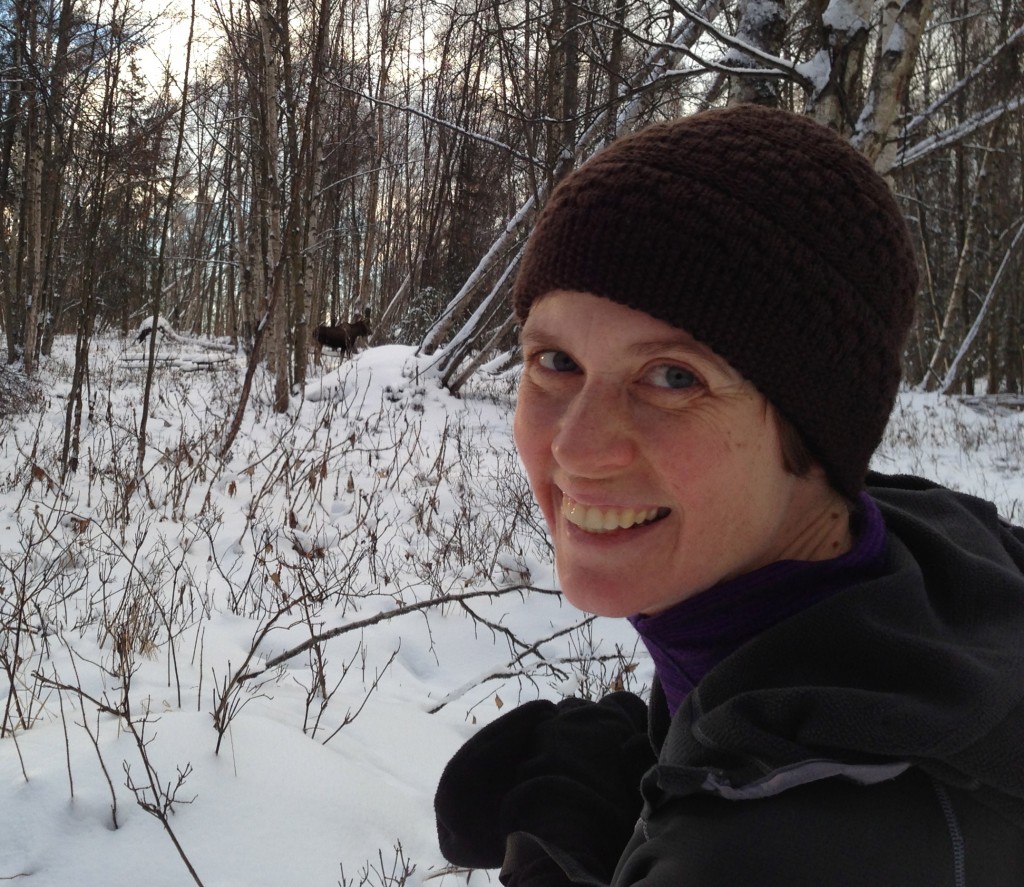 We weren’t at the zoo. We weren’t in the wilderness. We were skiing trails in town, less than 15 minutes from home. I call it #alaskamagic and it is sweet. I make a point of watching for it.