After a several low snow months here in Anchorage, February delivered! We were more than 2′ below normal in snowfall at the end of January, but then came the snowiest February in six years. A fun fact because that was also our family’s first February in Alaska – back when we thought we had moved into a magical snow globe where it was all skiing, and skating, and cold!! Subsequent years have proven….not so much.

Our family likes the snow. For one thing, it brightens the long dark winters! When people ask me how it is to live up here in the deep dark of winter where the winter solstice sunrise is 10:15a and sunset is 3:40p, I always say – the snow helps!! Snow reflects moonlight and streetlight. It illuminates the landscape. It’s also bother. It needs shoveling. It makes a shopping cart in a grocery store parking lot difficult. Its relation to ice means there is scraping. And slipping. It is a mess in the melt. Yet we rejoice with every new snowfall (until April and then I’m soooooo done).

February 2018 gave us much to celebrate.

The city plowed. And hauled snow.

We pushed little cars out of stuck in the snow.

And the Fur Rondy Parade.

We skied (and skated). We shoveled and scraped some more. 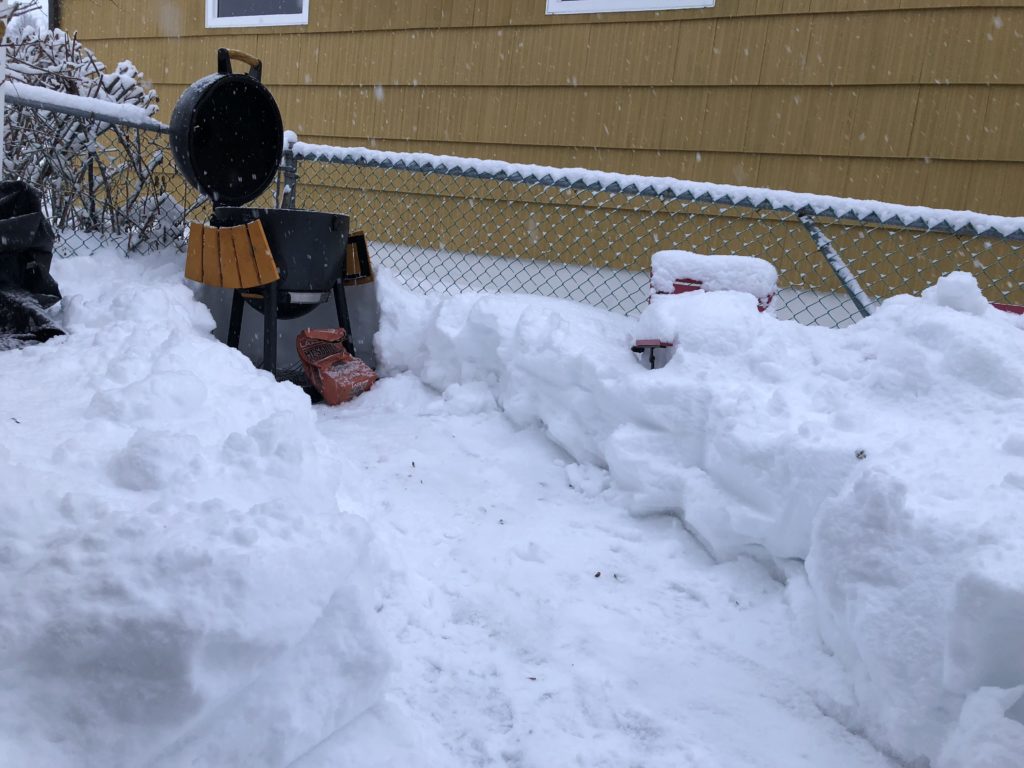